Congratulations to Salmaan Chaudhri and Michael Guskey on their participation in the fifth annual Canadian National Blind Ice Hockey Tournament that took place March  24 – 26 in Toronto, Canada.  The event showcased some of the best blind ice hockey players in the world, including our very own, Michael Guskey  and Salmaan Chaudhri, as they competed in three different divisions throughout the weekend.  The entire tournament was streamed live with professional play-by-play to make the sport accessible to all fans.

The sport of Blind Ice Hockey is growing rapidly across North America, thanks to Canadian Blind Hockey and USA Hockey.  Back in 2013 at the first ever Canadian National Blind Ice Hockey Tournament, nearly all players came from only three programs, with a single American player participating in the event. Five years later, the tournament now has players from across North America, including players from nine different Blind Hockey programs.  The 2017 tournament features athletes from US clubs the New York Nightshade, Washington Wheelers, Chicago Blackhawks, and Pittsburgh Penguins Blind Hockey programs, as well as Canadian clubs the Toronto Ice Owls, Hiboux de Montreal, Vancouver Eclipse, Calgary Seeing Ice Dogs, and Edmonton SeeHawks.

The sport of Blind Ice Hockey is played by athletes who are blind or visually impaired using an oversized adapted puck that moves slower than a traditional puck and makes noise.  The sport uses modified three foot high nets (one foot shorter than a traditional hockey net), and teams must complete one pass after the center ice red line to be eligible to score.  For the first time ever in 2017, athletes will be divided into three different divisions based on level of vision, experience, and skill. 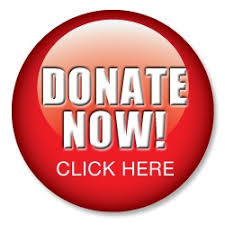